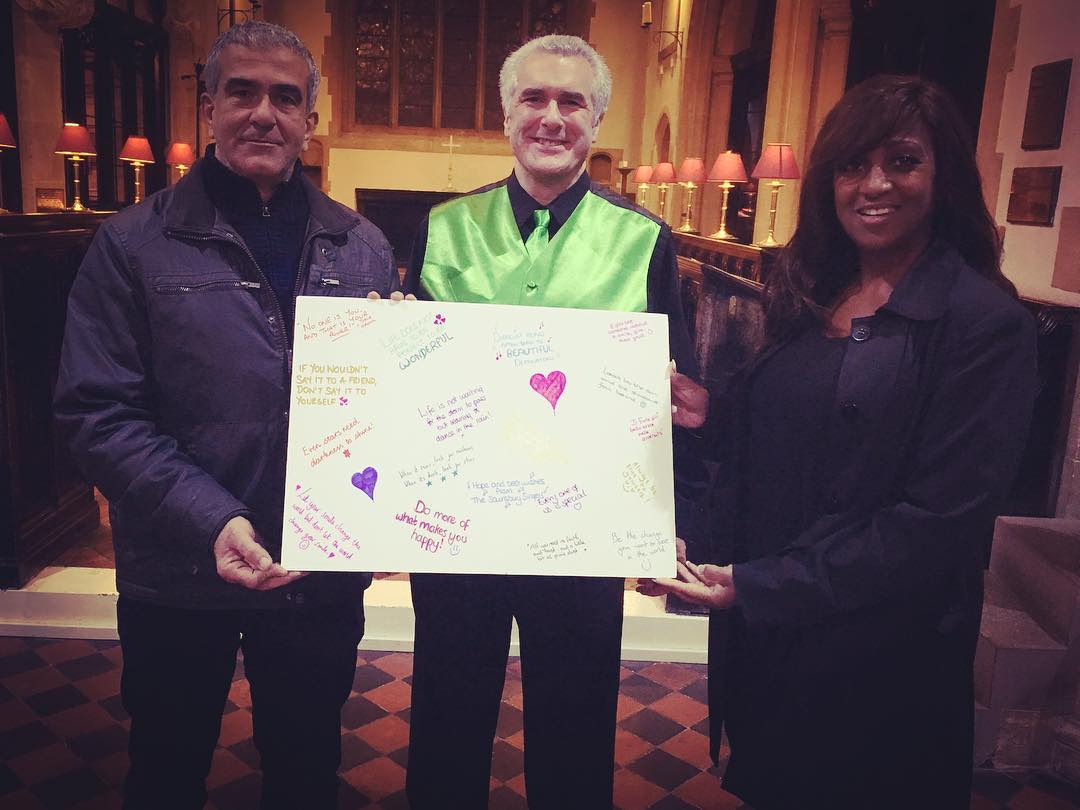 Read our update about New Beginnings and the amazing work they have been doing over the Christmas period, and how we have been able to support their work. 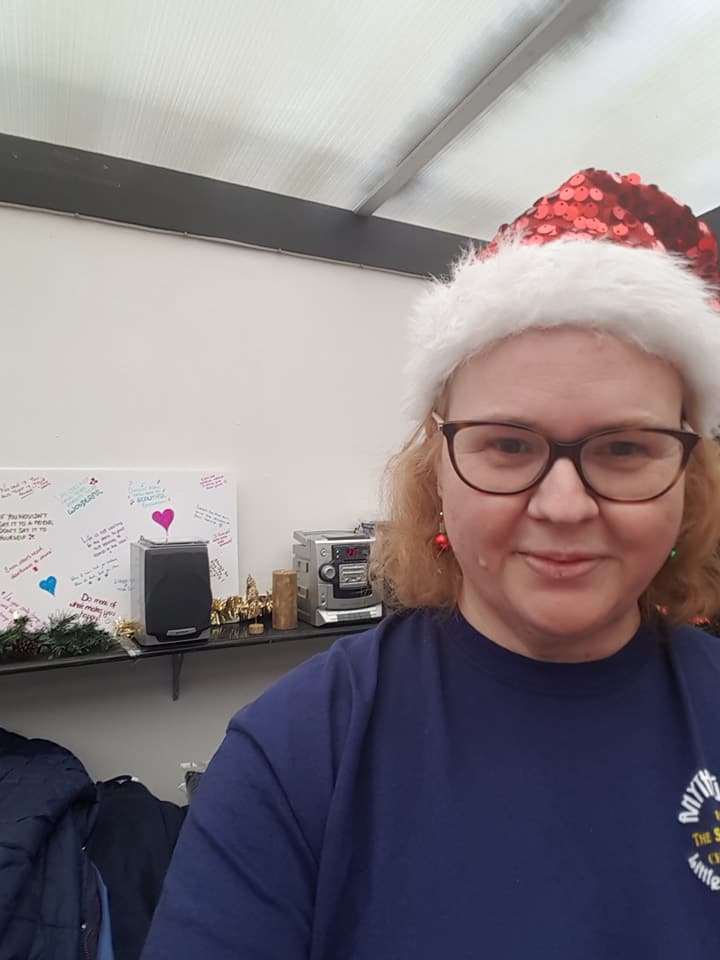 One of our members Claire volunteered at New Beginnings over the Christmas period. She has written about her time there and the amazing work the charity have been doing since opening the disused pub as a homeless drop in centre:

As previously announced the Sainsbury Singers were very excited to be partnering with a local Reading homeless charity New Beginnings Reading CIO in conjunction with our Autumn 2017 production Godspell. What a brilliant week we had with most performances sold out and some fantastic reviews from our audience. We were thrilled that Grace and Joe Gomez (founders of New Beinnings) were able to attend one of our shows and that they enjoyed it immensely. A pledge was made to donate £1 for each ticket sold to the charity and as a result of that, combined with a charity bucket collection made at each show, we were proud that our Chairman Brian Bretney was able to present Grace and Joe with a cheque for £500 at our annual Christmas Carol concert on 9th December 2017. Additionally, a ‘positive affirmations’ board was presented to them, filled with favourite quotes and mantras written by the members of the Sainsbury Singers, now on display in the main meeting room at the back of the Queen’s Arms.

However, support for this charity is not limited to financial contributions. They are also heavily reliant on other forms of donations, such as food, clothing, services, trade skills and, possibly most importantly of all, time. I had the privilege of being able to assist at the first meal served to the homeless community on Sunday 17th December 2017 – Christmas Dinner. I arrived at the Queens Arms at 1pm with a friend, Agnes Slade, who was already a regular volunteer with the Way Ministry. Having visited earlier in the year when the kitchen was a shell and the building in clear need of renovations, I was struck by how much work had been completed. Most of the work was done mainly by volunteers and local trades people giving their time for free in order to allow the premises to start operating as a homeless drop in centre.

The kitchen was in full swing, with a small team of people cooking donated turkey, gammon, roast potatoes and parsnips, veg (including the obligatory sprouts!) and all the traditional Christmas trimmings. I was warmly greeted by Grace who told me that they were catering for 70 but had no idea who was going to turn up…. 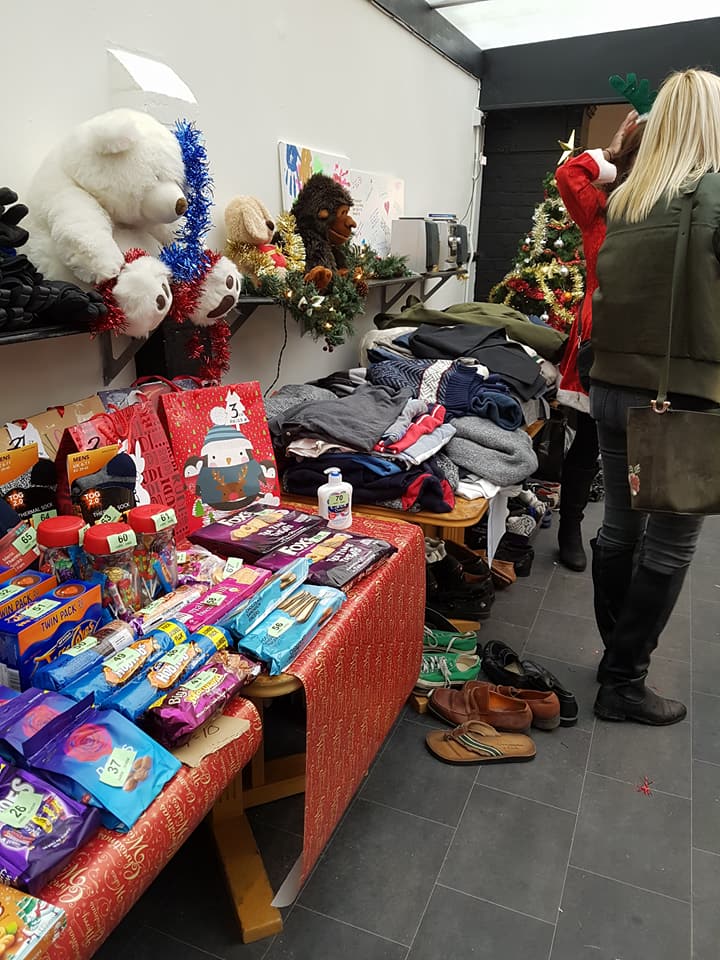 We spent the next couple of hours setting up the back room. There were trestle tables which we laid for the meal complete with donated crackers, candy canes, wrapped gifts and soft drinks. There was a raffle where all guests would receive a prize of chocolate or biscuits or maybe new socks/gloves. There were also tables with piles of new and second hand clothing, including coats and shoes, ready for the guests to help themselves.

The guests started arriving and we offered unlimited tea and coffee, a warm welcome and a listening ear. No judgement, no questions asked. I chatted to a chap who had accomodation but no power, heating or water – although he had a roof over his head, he relied on the generosity of charities such as this one to enable him to meet his basic needs. There was also an older lady, again not on the streets but unable to feed herself regularly and very lonely. There was a group that lived by the river in tents, a pregnant lady in her twenties and many other individuals from teenagers to pensioners. Many of the guests were friends; there was an enormous sense of community.

After dessert of various cakes and gateaux there was a quiz, more tea and then our guests started to leave with bags of clean clothes, gifts of toiletries, sweets and biscuits, and full bellies. We continued to make hot drinks, clear tables, laugh, joke, sympathise and offer support. 70 people were fed from that old, disused pub that had been neglected for so long until Grace and Joe applied their vision and succeeded.

The following weekend I helped at a Family Christmas Party which was aimed at low income families in need of support. I brought my daughter, Emily (12) with me to help at this one and we were also joined by Sainsbury Singers member Wendy Carne, who offered her support after meeting Grace and Joe at Godspell which she directed. Again the charity was overwhelmed by donations of gifts and treats. The Sainsbury Singers were able to collect a table load of donated party food and snacks from members, including crips, biscuits, fresh foods, mince pies and fruit. This was also very gratefully received.

The children had fun dancing, playing, eating, making and decorating their own mini Christmas stockings and even had a visit from Santa who distributed shoeboxes filled with gifts and sweets. A lovely, positive and festive afternoon. 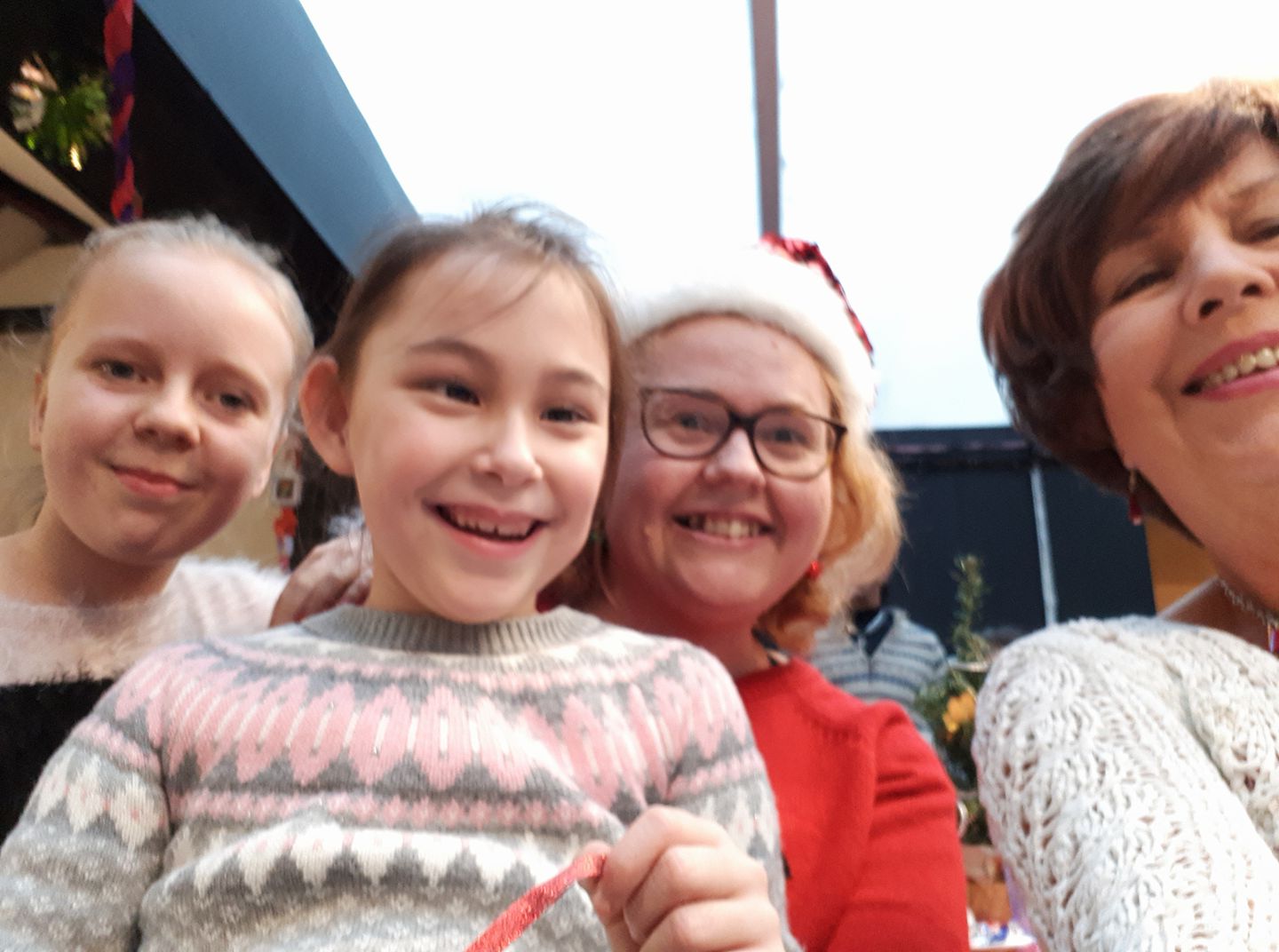 Supporting the charity in the future

As you can see there are plenty of ways in which support can be given. Financial of course is always welcome. Additionally time: time to join the rota of volunteers serving and cooking the weekly meals, or time to help to help on one of their many cleaning/decorating/odd job days. They are always grateful for certain skills, particularly with the ongoing renovations, electricians/plumbers/builders/plasterers etc. The list goes on!

The Sainsbury Singers will continue to support this amazing charity however they can and hold regular collections of non perishable foods/soft drinks/toiletries/sanitary products/clothes/shoes etc to be donated.