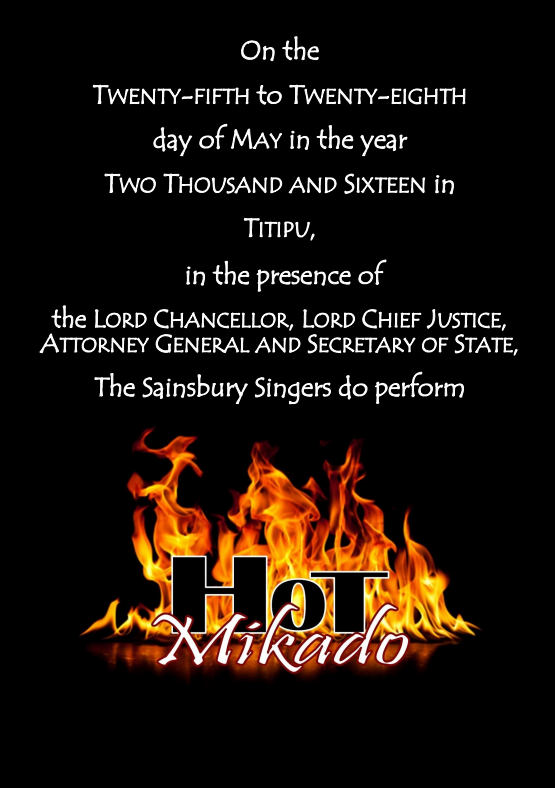 Cultures glide and collide in a hilarious and “hot” updating of Gilbert and Sullivan’s perennial classic The Mikado which first graced the theatrical boards in 1885. Hot Mikado which was created 101 years later, weaves a hilarious tale where despite life or death stakes, characters still find time to tap their toes and do their fair share of scatting.

In a land where outlandish laws sentence people to death for almost any indiscretion, find out what happens when the clean lines and colour of Japanese design combine with the big band sights and sounds of popular American song and dance! 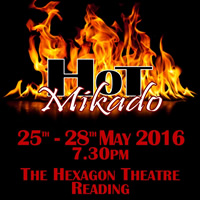 The plot of Hot Mikado does not stray far from the Gilbert and Sullivan original, with a similar satiric tone. The intricate storyline intertwines together the lives of the Titipu citizens with theatrical and comical results.

Hot Mikado fuses an eclectic mix of musical styles and influences, with big numbers such as ‘Three Little Maids’, ‘I’ve Got A Little List’ and ‘A Wandering Minstrel I’ given the rock, blues, swing and hot gospel treatment. Bursting with toe tapping lindy-hop, jazz and tap dance numbers, this show isn’t just sizzling – it’s hot!

Book and lyrics adapted by David H Bell. Music adapted and arranged by Rob Bowman. The Sainsbury Singers performed this under agreement from Joseph Weinberger Limited.

Hot Mikado was produced and directed by Wendy Carne with musical direction by Jon Brooks, choreography by Denise Schult and lighting design by Kim Hollamby.

The Sainsbury Singers are very pleased to announce that their production of Hot Mikado won the NODA district awards for the following catagories:

To read more about the NODA Awards, read our blog here.

What the audience said

Just wanted to stop by and say congratulation on such an amazing show, oh how we laughed! Jessamy was brilliant, Gareth made me laugh so much! The whole thing came together so well, you are all so talented.

Well done Sainsbury Singers. A super show with some truly amazing moments. You should be proud of yourselves. Some great singing and comedy too. Applause.

Fantastic performance tonight, well done all of you, can’t wait for the next production! Very funny, very professional, tons of talent. Best night out I’ve had for a long while. Highly recommended.

This show is just one of the funniest things I have seen in ages. If you haven’t got a ticket yet, you need to get one. I wanted to see it again as soon as it finished. 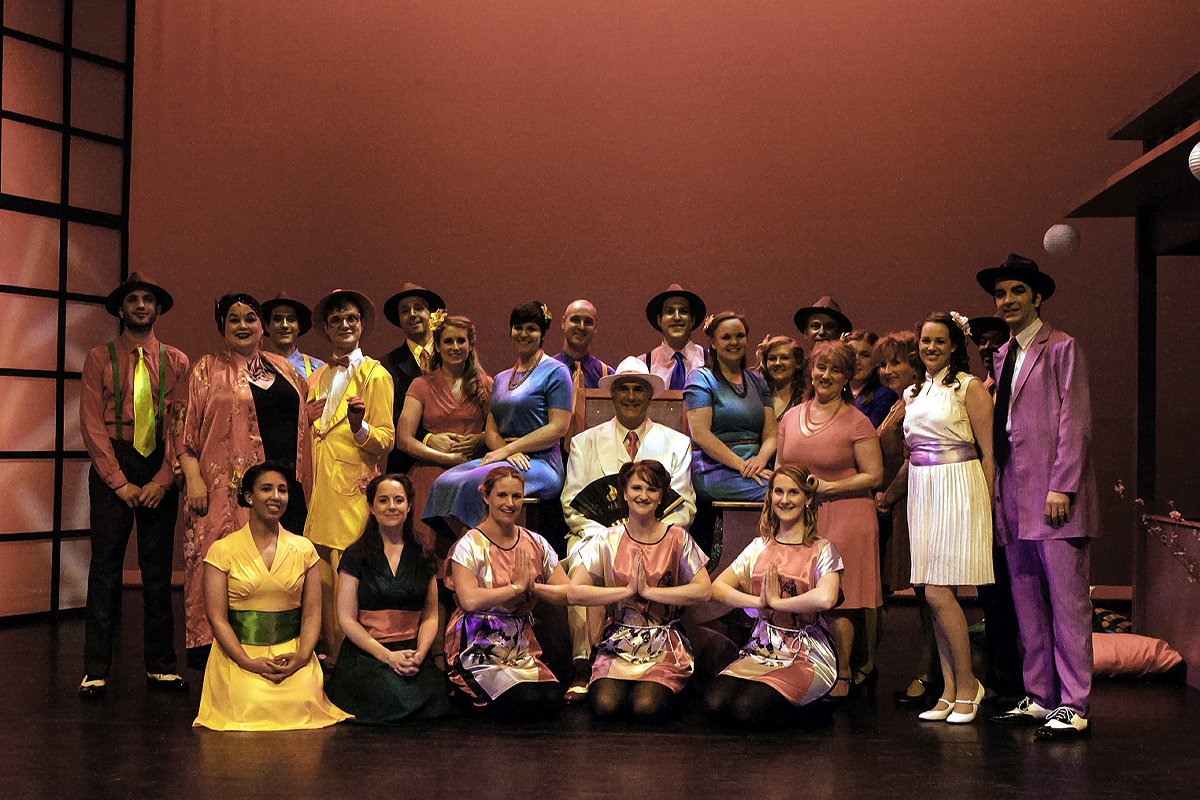 Ladies and Gentlemen of Japan