Strictly Musicals: Happily Ever After 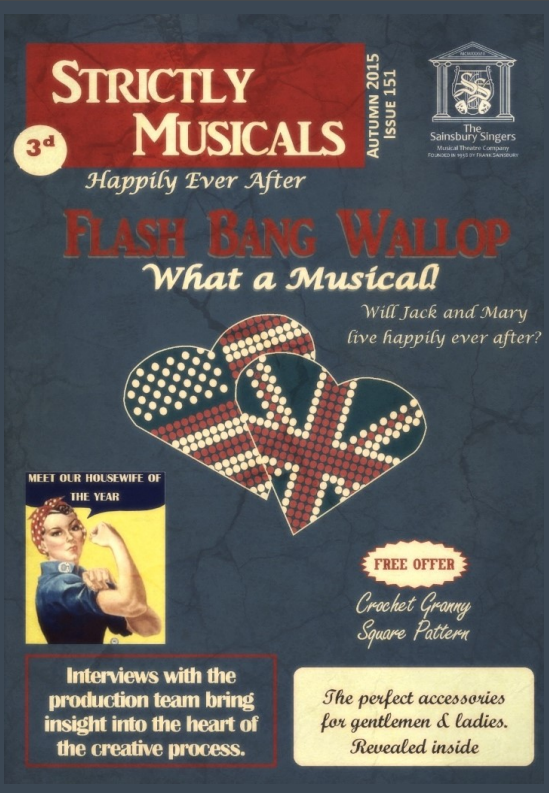 Welcome to Strictly Musicals: Happily Ever After; the 151st production by the Sainsbury Singers. A genuinely collaborative creation, this show was a labour of love and we hope you enjoyed every moment.

This production was a first for us with the libretto being written by one of our members Matthew Smith, who used this production for his directorial debut and we were pleased to welcome back Jon Brooks as Musical Director.

Back in 2010, The Sainsbury Singers performed “Strictly Musicals”, a concert style show with a variety of songs from several different musicals. The society voted to perform a follow up to this as the Autumn 2015 show. A creative team was formed by a dozen or so volunteers from within the group, all tasked with deciding a name, song list and an overall theme for the new production.

Powered by copious amounts of tea and sugary cakes, the creative energy began to flow and the group decided on an American and British theme, set during World War II. A brief overall story was decided and shortly after, a script was written, and “Strictly Musicals: Happily Ever After…” was born. The ethos of the show was simple: to be as inclusive as possible – not only for our audience, but the cast and society as well.

Every song is from a different musical, to cater for the varied tastes of our audience. Members of the creative team were invited to help choreograph specific numbers and everyone in the cast had a chance to showcase their talents. As well as this, we invited a few special guests to join us onstage for the opening number.

Read our full NODA report of Strictly Musicals: Happily Ever After here.

What the audience said

Huge thanks and congratulations to all involved, an amazing collaboration of so many talented people. Songs had been sounding great through rehearsals but really stepped up a notch this week. Looking forward to getting started again next week!

We had such a fantastic afternoon today, congratulations everyone for all your hard work. We joined in at one point in “Bright Side of Life”…we were the only ones around us but did so heartily!

A great team production but I wish to especially thank Matthew, Jon and Kim for their immense contribution to its success.

Congratulations on the show, particularly loved the tap dancing.

Great show – mum and I really enjoyed it. Perfect seats, felt really part of the whole performance. Parking worked out fine, nice easy walk to the theatre and refreshments – great venue. Really good to see/hear you in all your different parts last night, you all looked as though you were having so much fun it was great to see. Nice touch bringing on the little ones at the beginning and talking of now not so little, your Laura wow! What a lovely dancer! Great mix of ages on the stage.

I was impressed with the storyline and enjoyed it immensely, it had been well written and the song choice fitted the narrative perfectly.

Brian Bretney and Hilary Latimer as the two narrators linking the story they were perfect. They both had believable characters and built a rapport with the audience which drew us into the action. Jack had a sense of fun with good projection, diction and accent. He portrayed just the right amount of sentiment and the final scene when he finally finds Mary was quite poignant. Mary had an easy natural manner which transmitted well to the audience and he diction and projection were excellent. The marriage of Memory and Can’t Help Falling in Love worked exceddingly well with both singers giving emotionally charged renditions.

This was an enormous undertaking and one that paid huge rewards. The script had been skillfuly written with a great storyline and two three-dimensional characters to hold the plot together. I really liked the way it gave so many performers the chance to take their turn as Jack or Mary; a unique and inspired concpt. Staging was minimalist which worked well giving the actors the maximum available space in which to perform. This was an excepional directorial debut and one of which Matthew Smith should be extremely proud.

Click here to view all the images of the show. 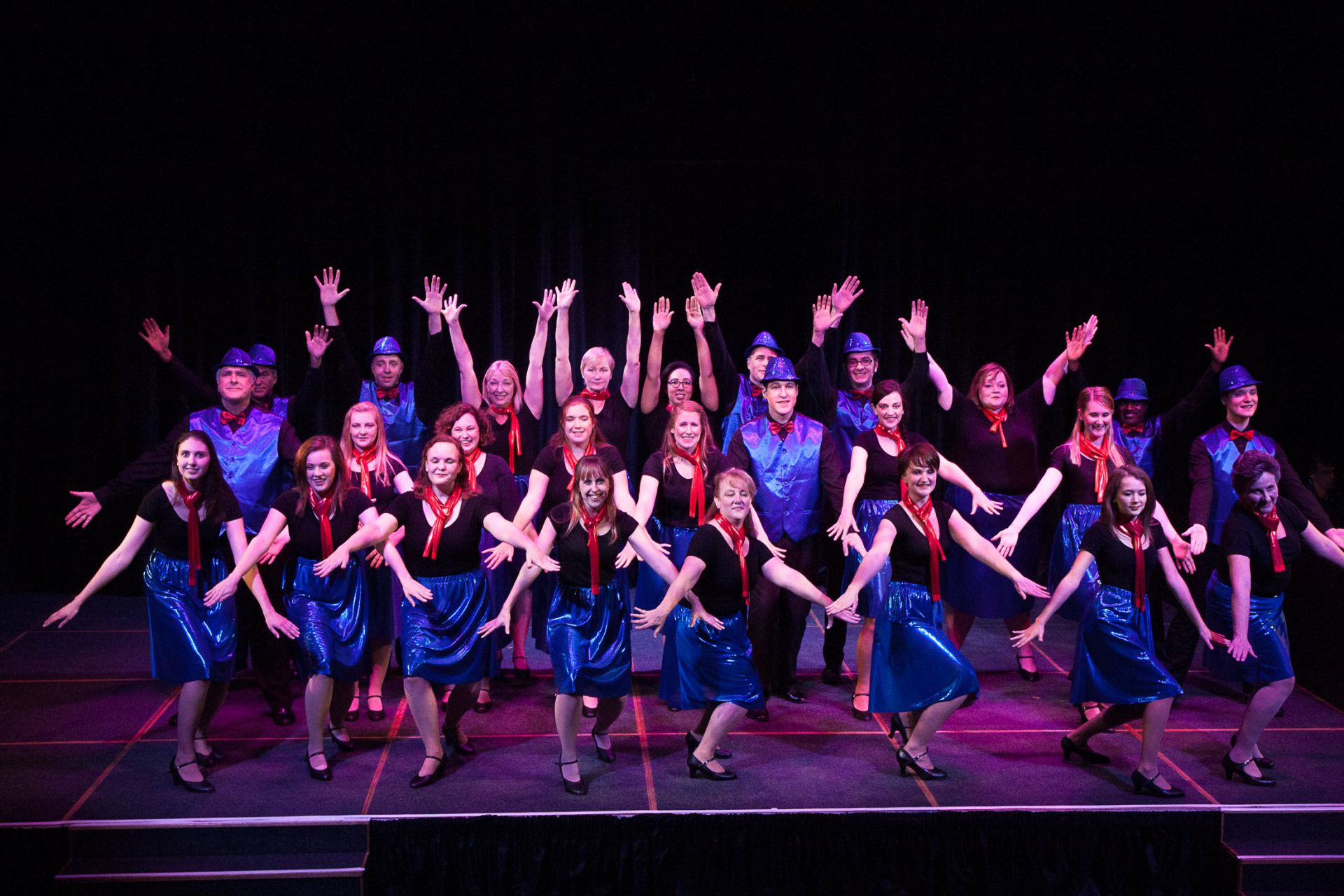 Guests of The Sainsbury Singers