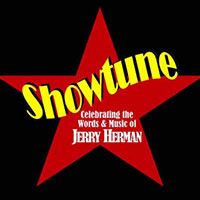 Showtune is a musical revue celebrating the words and music of Broadway composer Jerry Herman and featuring songs from eight of his musicals.

Bringing a fresh perspective to these award-winning classics, Showtune explores Herman’s poetical lyrics outside of their original context and breathes new life into his life-affirming songs. Even Herman himself hailed the original off-Broadway production as the most important retrospective of his work to date.

So Put On Your Sunday Clothes and join The Sainsbury Singers for this toe-tapping revue featuring The Best of Times, Hello Dolly, I Won’t Send Roses, Before the Parade Passes By, We Need a Little Christmas, I Am What I Am – and many other classic tunes.

Performances run from 25th – 29th October 2016 at the intimate Oakwood Theatre in Woodley.