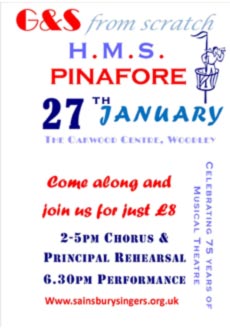 The Sainsbury Singers presented HMS Pinafore as a G & S from scratch on 27 January 2013 at The Oakwood Centre, Woodley, Reading. 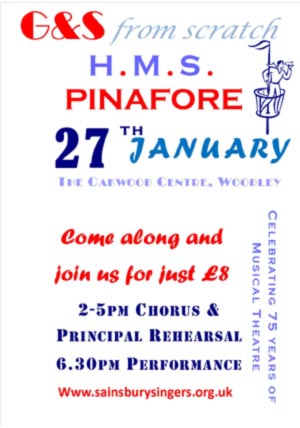 This was the first of the society’s 75th anniversary events. It represented a new venture, the first show that had ever been attempted with the rehearsal and performance all in one day. But by the same token it also represented a return to roots, because HMS Pinafore was the very first show performed by The Sainsbury Singers.

Much fun was had by all during the day and a great performance followed in the evening.