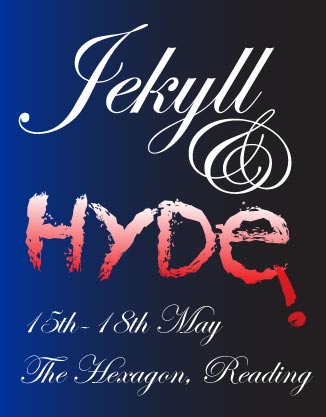 The Sainsbury Singers is to celebrate its 75th year performing at leading theatres in Reading, Berkshire, by staging a production of the West End and Broadway musical Jekyll and Hyde in May 2013.

Written by Leslie Bricusse with music by Frank Wildhorn, Robert Louis Stevenson’s classic 19th Century tale comes to life on the stage of The Hexagon on 15-18 May 2013.

The Sainsbury Singers last delved into the world of Victorian London with Sweeney Todd in 2005 and Jekyll & Hyde promises to deliver an equally dark tale. Join us as Dr Henry Jekyll experiments furiously in his laboratory to cure his father’s mental illness by trying to separate man’s evil nature from good. He tries to allay the fears of his fiancee Emma but unleashes a murderous alter ego, Edward Hyde, with terrible consequences.