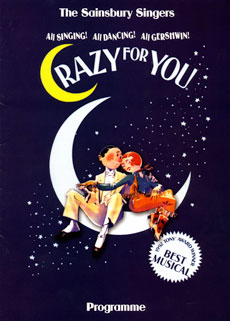 The Sainsbury Singers presented Crazy For You on 30 October-3 November 2007 at The Hexagon Theatre, Reading.

This show introduced major choreography challenges to the company – in the words of chairman Lesley Vought, “This is an entirely new show for us…containing far more ensemble dancing than we have ever attempted before, including a lot of tap work.” 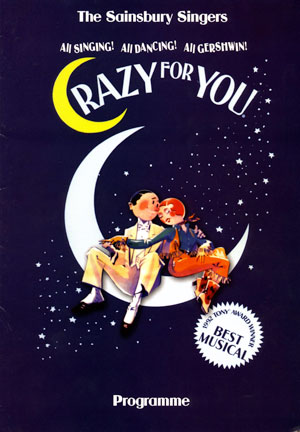 The cast were tapping to the 1991 celebration of the genius of the Gershwin brothers that is Crazy For You. This extravaganza is filled with song and dance and Ken Ludwig’s hilarious dialogue. Any audience will be captivated by this artfully constructed and dazzlingly staged tale of boy meeting girl in the Wild West, where they spread goodness and where, ultimatley, everyone ends up happily with the one they love.

The story starts in the theatre world of New York but quickly moves to Deadrock, Nevada where the wealthy young Bobby Child is sent by his Mother to close Deadrock’s Theatre, The Gaiety. In Deadrock, Bobby meets Polly Baker with whom he falls in love at first sight. To escape Polly’s anger at the possible closure of the local theatre, Bobby pretends to be Bela Zangler, the New York producer and comes up with an idea of putting on a show to raise the money owed to his mother.

Thus are the seeds of comic deception sown and the harvest is reaped to the full when the real Zangler comes into town. 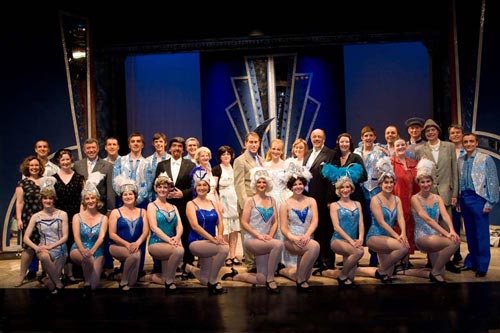 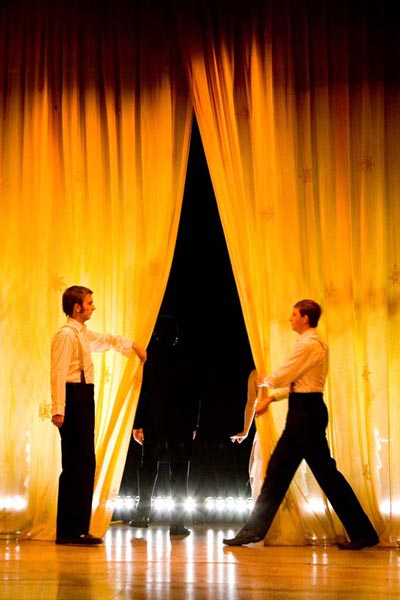 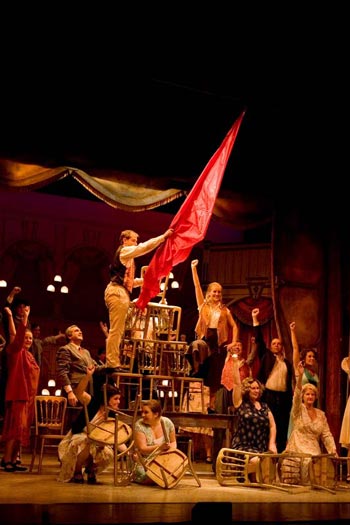 Crazy For You The Hexagon

This was the finest production by The Sainsbury Singers that I have seen in a long time. Director Christopher Boott injected the entire company with spontaneous vitality, which resulted in an infectious gaiety that was sheer joy.

The choreography by Kim Antell and Isobel Stebbings was both artistic and challenging but this committed company executed the dance with panache and expertise thoughout in Gersshwin’s musical masterpiece.

In the leading roles, Dan Groves (Bobby) shone with his pleasant baritone voice and impeccable dance and acting ability, while Kim Antell (Polly) charmed with her pleasingly musical singing and dancing. I Got Rhythm was a highlight of the show.

Peter Cox impressed with his portrayal of Broadway producer Bela Zangler. The synchronised mirror image nuber by he and Bobby – What Causes That? – was masterly.

This engaging show shone under the musical direction of Michael Sharman. 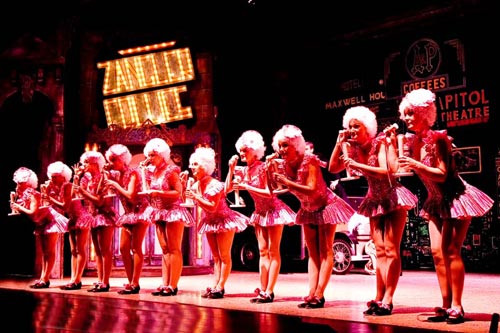 Audience was crazy for Gershwin

Crazy For You is a celebration of the music of George and Ira Gershwin and was peformed by the Sainsbury Singers at The Hexagon, Reading last week.

Being a show that is created from music, it doesn’t have a particularly strong story line. Boy wants to be an actor rather than a banker; meets girl; falls in love; she rejects him; he falls lucky and they live happily ever after. Or something like that!

Dance is usually a challenge for most amateur societies. Many of them import from dance schools. One of the hallmarks of this society is that they have always had excellent choreographers and an attention to all elements of musical theatre – acting, singing and dancing. So they were able to put together an entire show from their own members. That’s really impressive!

This show was directed by Chris Boott, who is well known for his energetic performances at the Sainsbury’s, particularly his dancing. So it was an ideal show for him to direct.

The logistics of the show are enormous as it moves from Broadway to smal town America and presents the saloon, theatre and street in sequence. The Sainsburys always provide big sets for this stage and many of them were spectacular, particularly the final scene. Movement from scene to scene was slick although there were some pauses at times. Far better than closing the curtains between each scene.

The show depends on the music of course: Shall We Dance, I Got Rhythm, They Can’t Take That Away From Me, Nice Work If You Can Get It and many others. Many of these were performed as song and dance.

The principals were great. Dan Groves as banker-cum-actor Bobby Childs and Kim Antell as the all American Polly Baker made a very suitable couple, interacting well with each other as they moved through the stages of their romance. There were others, too many to mention, but I really did enjoy Helen Eggleton as Irene Roth, Bobby’s ex-fiancée, and her splendid Naughty Baby with Nigel Wilson’s Lank Hawkins, the saloon owner in Deadrock, Nevada. This was a particularly seductive song and dance.

The Follies Girls were first class too with some particularly good, shrilling American accents. There were also many other notable cameo parts in the chorus.

This was a great opportunity to hear al the top Gershwin numbers in one go. It was a very enjoyable evening and particular thanks must go to director Chris Boott, the director and choreographers Kim Antell and Isobel Stebbings.